Two in a week, wow. I’m on top of it. Or, this is actually the case, I want to share something.

North Miami Beach PD was found to be using the mugshots of black men. Now, this bugs me on a lot of levels. Should police be well trained in the use of their weapons and be able to use them safely? Yes. But they also need to have a fundamental respect for human life. I live in Albuquerque so police shootings hit really close to home. 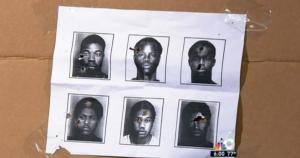 But the police seem to be alright with shooting the people they are supposed to protect. They even appear to be so ok with it that they are practicing shooting a certain group of people—black men. And that is not ok. So not ok.

And my message is this:

At the beginning of every semester, some Christian organization or other comes to campus and hands out Bibles. Which is less than stellar, because not only do I NOT want to take my hands out of my pockets in this weather; I also don’t want the Bible. To be honest, not a lot of people do. For the remainder of this week there will be Roving Bibles—miniature Bibles that someone accepted but didn’t want, and left in a class. These Roving Bibles will never actually leave the lecture hall until the custodial staff arrive, but they will move from desk to desk like forlorn dogs looking for a home. The Roving Bibles really cause a bit of a gut wrench reaction. Theoretically, I understand that it is a crucial part of the Christian religion to save the heathen and spread the word of their god. However, it is exceptionally disrespectful. Especially since everyone on a college campus is above age, and at that point able to choose what they believe.

Just this month, the school district of Orange County in Florida decided that religious organizations aren’t allowed to hand out pamphlets and such. For those not in the know, Orange County allowed for the distribution of religious materials at schools. World Changers of Florida started handing out Bibles. Then the atheists wanted to distribute their tracts, and then the Satanists came along with their delightful coloring books. And the school district flipped a table, and voted to not allow it.

I understand that it is fundamental part of the Christian religion to spread the word of their god to the heathen and try to convert them. That it is sometimes considered a form of love. But it also is a form of disrespect. When Christians attempt to convert people in their teens and twenties, it shows a blatant disrespect for their decision making ability. But what Christians seem to ignore is that if people wanted to convert, they would. Christianity is the most common religion in the United States, and there is an absolute proliferation of their religious materials. We don’t need more trees cut down to make more mini-Bibles. Sometimes I don’t think Christians realize that there are other religions out there, and that they don’t want to put more Roving Bibles in the recycling bin.

I think that’s why I’m so happy about the Orange County conclusion. I know Christians, particularly in the US, who are very confused by the idea of practitioners of other religions. Theoretically they know that other religions exist, but they find it difficult to reconcile that with the fact that very few people they know believe differently. I don’t think that Christians deliberately ignore the other religions, just that they don’t think it through.

The Satanic Temple and their coloring book are the best example of things not being thought through. Doing unto others becomes more complicated when you get treated the same way. Here’s to hoping that some are capable of seeing that handing out materials isn’t the best way to show love.

“The Dark Arts are many, varied, ever-changing, and eternal. Fighting them is like fighting a many-headed monster, which, every time a neck is severed, sprouts a head even fiercer and cleverer than before. You are fighting that which is unfixed, mutating, indestructible.”—Professor Snape, Harry Potter and the Half Blood Prince

Ok, so Paganism is not the Dark Arts 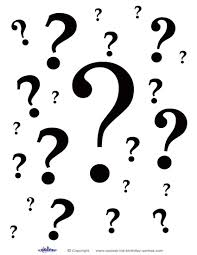 ; and as yet I make no claims to be “She-Who-Shall-Not-Be-Named”. But sometimes providing a definition for what exactly Paganism is, and who and how you practice it seems exactly like that quote—defining that which is unfixed, mutating, and ever-changing. However, I’m going to do my best. Mainly because every Pagan blogger tackles this question at some point, and also because I’m doing a presentation on it in February, and I need a place to get all my thoughts in some semblance of order. So, here goes. I promise, I won’t be cursing spiders.

Since this will be the first of posts on this topic, let’s start with definitions. For the grammar geeks, capitalization is super important for this discussion. “Pagan” and “pagan” have very different meanings, as you’ll see soon. Bear in mind that these definitions are not gospel truth, and someone else in the wide world may very well have set of definitions that works better for you. This is merely a starting place for conversation.

The neopagan religions include Wicca, Thelema, and the various forms of reconstructionism. The practitioners of these tend to identify as Pagan or Heathen. See where the capitalizations start to come in handy? It’s a great opportunity to be Grammar-Nazi.

Thus ends the first point in “definition of paganism” series. “Pagan” is not the same as “pagan”, and it’s the best stopping point before jumping into what Paganism actually is. Odds are, no matter how I define this, someone somewhere will be offended or disagree with me. Which is totally cool, everyone can self-identify; this is just my take on it.